Dissatisfied people are expected to be killed or tortured in prison or mental hospital, and those who are satisfied will become slaves in Russia.

In the name of Allah, the Most Gracious, the Most Merciful!

Every nation has the right to express its will! 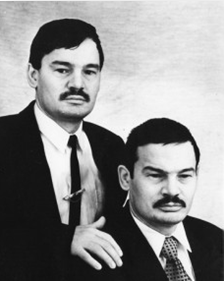 My twin brother Nafis with me
We are the twins, named Rafis and Nafis Kashapov. In the 90sof the 20th century we were successful businessmen and rendered great financial help to revive and develop the Tatar language and culture. We supported the development of the national language, culture, religion, traditions, education, science and mass media. We sponsored a lot of writers, actors, scientists, orphan homes, disabled persons and Tatar expat communities in the countries near and far abroad. Million copies of various books and brochures were printed and distributed with our help. We tried to render humanitarian help to the nations which suffered from military conflicts and deportations (such nations as the Chechen, the Ingushetian, the Abkhazian, the Crimean Tatars, the Azerbaijanian from Nagornyi Karabakh and those who suffered from the shooting of the White House). We spent a lot on campaigns to defend the former political prisoners of different nations. We helped schoolchildren and students from Tatarstan, Bashkortostan, Udmurtia, Mari-El and Mordovia to visit the historical monuments of our ancestors in the city of Bulgar for about 15 years. 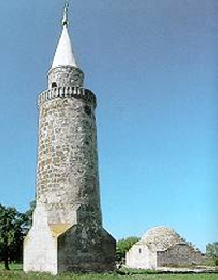 The city of Bulgar
The Volgian Bulgaria is our first country in the territory of the Volga region and Ural, where in 922 the religion of Islam was embraced.
The Tatar-Bashkir festival Sabantui was organized and sponsored in Russia and its neighboring countries. It is worth saying, that Sabantui was organized for the first time in several regions. Lately, our initiative was seized with the authorities of Tatarstan and Bashkortostan. In these latter days Sabantui becomes a very popular festival which is celebrated not only in Russia but all over the world. Sabantui is the world’s national festival of Tatars and Bashkirs, which became a public holiday in Tatarstan, a federal holiday in the Russian Federation and an official state holiday in many countries all over the world. More than that, on the initiative of the several Tatar communities Sabantui is organized in such cities as New York, San Francisco, Tokyo, Berlin, Montreal, Toronto, Prague, Istanbul, Riga and many other foreign countries.
At the beginning of every academic year the headquarter of the Tatar Public Centre (TPC) in Naberezhnye Chelny announced the competition «Tatarstan is my native country». The aim of the competition is to bring up respect and love for our native republic. It helps to develop pride with the history and culture of our nation, the greatest achievements of our ancestors and contemporaries. The competition revives the sense of national pride in schoolchildren.
Such important and necessary patriotic senses will appear from the early ages if children study and perceive the most important historical events which took place earlier and nowadays. For a reason, people say «Every nation that forgot its past has no future». It is impossible to build any worthy future if you don’t know the true past history of your nation. Schoolchildren are our future and our hope for better life.
The Tatar Public Centre (TPC) organizes such great Islamic holidays as Uraza-bairam and Kurban-bairam (a holiday of sacrifice). 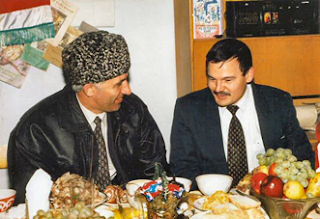 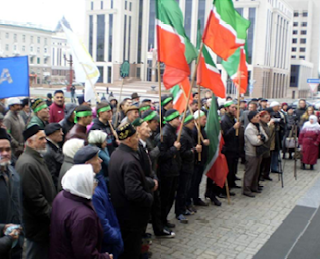 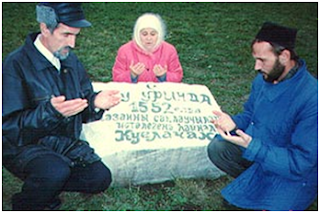 The place, where the memorial to Kazan defenders in 1552 must be mounted
52 year old Sergey Nazarov has recently been sent to hospital with disruption of straight intestine. Before he died, he said that the policemen raped him with a bottle of champaigne in the police district «Dalnyi». The Russian authorities began their examinations when this case made a fuss in mass media. I want to attract attention of all the people who are not indifferent to the Muslims’ fate (especially in Bashkortostan and the Caucasus) to the cruel actions of security services and police.
Last year Fanzil Ahmetshin, a vice chairman of the executive committee of the Bashkirs’ Worldwide Kurultai (union), a chairman of the Youth Council of this organization and a participant of the benefit «Children of Somali», was arrested in Ufa according to the fabricated case.
According to the numerous reports and statements practicing Muslims of Bashkortostan are tortured and threatened with physical rape in the departments named the Federal Security Service of Russia. They are beaten severely till spontaneous defecation. Policemen fill the mouths with green bacon, burn Muslims’ beards, tear the pages of the Koran and promise to throw them to lavatory. Immobilized people are beaten with sticks, bottles and shoes by a person or with a group of people. It is hard to enumerate all kinds of refined tortures. The so-called reason for this cruel brutality of executioners: as if they have found drugs or weapon. And we call it stability.
Every nation has the right for democratic formation where people live in spite of the difference of race, gender, religion and color of skin. The formation which can provide abidance of human rights and fundamental democratic liberty for everyone. We continue to fight against fascism and racialism in spite of all the difficulties. We hope we will succeed, Inshallah. We want our public and political activity to be highlighted and not to be intersected with the power of Putin. I want every child to know his language, history, culture and religion.
Our organization is in information blockade for many years, but we need financial help to organize and conduct public actions and activity. We ask all the non-indifferent people support our activity and send the information about our problems to mass media.